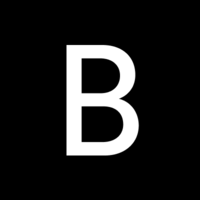 DUN is listed on 3 exchanges and deserves to be added to Blockfolio, here is not the place to "pseudo debate" with blatant fudders.

Dune is a copy and paste project by known pump-and-dump artists and is only available on unknown, untrusted exchanges.

@Corey Soreff: The so mented ''Artists'' Helped developed the project you mentioned, made the best block explorer available...And found several bugs in the code... Live and let live dude! https://twitter.com/iguerDUNE/status/1184095825296871425

Well, first, I wasn't referring to OCamlPro as pump and dump artists. Fabrice was duped by Fabien and Cyril like many others have been, most likely, considering Fabien keeps telling blatant lies about his history and Fabrice eats it up and repeats it.

Who helped develop Tezos? Iguer? He worked on Tezos core for one week.

Fabrice was nowhere to be seen most of the time.

Cagdas spent a year on a wallet he was tasked with developing that he never delivered anything for.

The devs from OCP who did do significant work on Tezos core already quit and work for Nomadic Labs now. So the "we built Tezos" narrative is old and worn considering none of you actually did.

@Corey Soreff: whatever you say, Dune Network is much more than "just a fork of Tezos", it has already major improvements and better tooling than Tezos. Everybody is leaving Tezos because they don't believe anymore in your project and its ability to deliver anything useful.

@Corey Soreff: haha I never worked on a wallet for a year, what are you talking about ?

Arthur asked Guillem and I to work on a specification which we delivered (it's still online btw), but we were never asked to work on the implementing a wallet. You are just lying to everyone like you know something, you shouldn't have to lie on such basic thing.

OCP worked on tezos way before you knew about it and after that we still work on the core and tooling like Liquidity and TzScan, don't try to minimize our work, even Arthur is not doing that, we are still having kind private conversation with him and he never said anything on the accomplished work. Before we stop working on Tezos you were such a big fan on our work, don't make fun of yourself publicly like that, try to put your effort on Tezos, both project deserves better than people like you.

Available on vitex exchange too with pair DUN/BTC